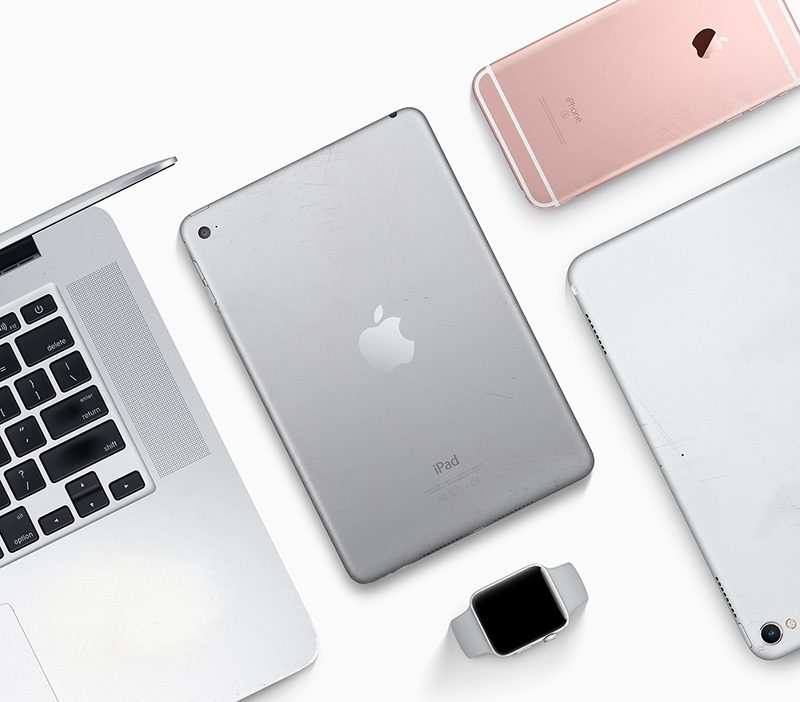 The business news this morning pays a lot of attention to the fall in the Apple share price.

Apple shares fell by 8% yesterday.  A number of reasons are put forward to explain this including President Trump’s trade war with China and the threat of recession in America.

Tim Cook (CEO) said that revenue for this quarter would be almost 10% less than the company’s forecast issued in November, a very significant fall in a short period.

As a teacher of Business Strategy I have been fascinated by Apple for many years, particularly by a desire to understand their competitive advantage, how they have made this sustainable and whether their exceptional financial performance, when compared to competitors, can be sustained.

Michael Porter defines a competitive advantage as sustainable if it lasts for more than one economic cycle (about 10 years).

Let’s have a look at how this has played out as far as the different products launched by Apple since the return of Steve Jobs in 1997 are concerned.

The first version was released in 2001 about ​8 months after the Macintosh version of iTunes was released. This revolutionised the way people listen to music and forced the music industry to recognise that it had to change from selling copyright material in permanent electronic forms (such as CDs).

Apple has sold more than 360 million iPads, though sales peaked in 2013. It was the most popular tablet computer by sales in 2018.

The first-generation iPhone was released on June 29, 2007.

Interestingly Apple had begun developing the iPad first.  However, Steve Jobs here demonstrated his genius for business strategy by recognising that there were risks that competitors could develop mobile phones that would be able to download and play music.  This had already begun to happen but his concern was that rather than just allow the downloading of a few songs they could develop products that allowed multiple downloads.  This would clearly create a threat to the iPad and iTunes which generated the greatest share of sales and profit of Apple at the time.

When the iPhone was launched Steve Jobs said that it would take competitors 5 years to copy what Apple had achieved.  The competitive advantage clearly lasted for more than 10 years.

However perhaps we should now consider whether this advantage may not be sustainable for much longer.  Competitors produce phones using Android software which have all the features of an iPhone.  Indeed many people I know who work in the technology industry choose to use Android rather than Apple devices.

Apple has driven the growth on its sales through the sales of new and better (and more expensive) iPhones.  However, many commentators feel that the newer versions do not offer many benefits when compared to the existing versions.  Indeed, the company has come under criticism for deliberately slowing the performance of older iPhones to encourage users to upgrade to the newer versions.  Not everybody feels this way, and there are still many users who are passionate supporters of Apple (both the company and their products).  However, when the iPhone was launched it clearly offered the functionality that no other product came close to.  That is not the case today.

Scott Galloway in his book ‘The Four’, which looks at Amazon, Apple, Facebook and Google, describes Apple as a luxury goods company and argues that their business performance is driven by the desire to own the latest iPhone in the same way that someone might want to own a Louis Vuitton bag.  It is an interesting perspective.

Since the return of Steve Jobs to Apple the company has been phenomenally successful and created a huge amount of shareholder value.

Apple’s success has been driven by the launch of a number of genuinely new products which offered consumers services they had not experienced before.

The iPhone has generated huge returns for Apple since its launch in 2007.  However, perhaps competitors are now catching up quickly and we are seeing a new phase in of competition.  Unless Apple can develop new products that generate very high demand from consumers (and I doubt whether the iWatch will do this) Apple will now become a successful company in the mature phase of the Product Life Cycle.  They will almost certainly make high levels of profitability for many years.  However, whether they will achieve shareholder returns above those of many their competitors is perhaps more doubtful.

The fall in the Apple share price may have less to do with worries about the global economy (although clearly these are relevant) but more to do with a realisation that growth in profitability of the business is unlikely to continue at the same rate as those achieved in recent times.

Is the cult of Apple over? – The Telegraph

A profit warning from Apple jolts markets – The Economist