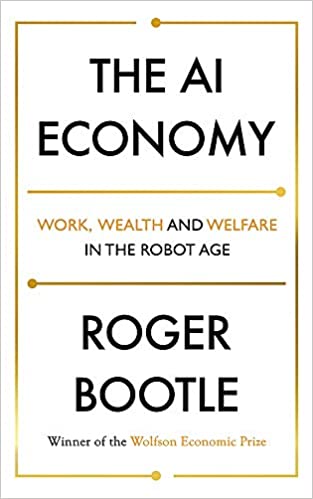 Roger Bootle, the well-known economist, predicts that the crisis could spell the end of the office as we know it.

On 10th March, shortly before the lockdown in the UK was announced, I wrote a blog article entitled ‘The office as we know it may not recover from the coronavirus’ suggesting that the move to home working by a number of companies might lead to a radical change in work practices in the longer term.  Some people who commented agreed, others felt that we would revert to ‘normal’ once the crisis ended.

Bootle’s article builds on some of the analysis in his recently published book ‘The AI Economy’.

In the book he argues that advances in artificial intelligence (AI) are likely to lead to a four-day working week, with more time spent at home.  For some time now those whose output is digitisable have been able to do most of their work from almost anywhere.  Despite this, up until now the pattern of office work has remained broadly unchanged.

Bootle argues that the lockdown has demonstrated that services such as Zoom have enabled most office-based businesses to function well, despite relying on digital contact only.  This is going to lead to a significant reduction in the amount of time spent in the office and a sharp reduction in business travel.

While he feels that although working life will be significantly changed after the crises ends our social life and leisure pursuits will be largely unchanged.  ‘The experience may spell the end of the office as we know it, but surely not the end of the pub.’