There was an interesting article on organisational culture in the Harvard Business Review of April 2016, by Jay W. Lorsch and Emily McTague.

I had been meaning to write a blog piece on this when the June edition arrived on my doorstep today.  There is a follow up with some comments from readers and a response from the authors.

The front page of HBR in April, which heavily promotes the article, says ‘You can’t fix culture just focus on your business and the rest will follow.’  At MTP we have long held the view that strategy is the key to business success, both the formulation of a strategy and its implementation.

The writers seem to be suggesting that there is a large body of commentators who believe that to achieve business success you need to sort out organisational culture and success will follow, as night follows day.

The examples they then give to refute this view are:

They use a simple, but effective, three stage model to link the required cultural change to the business issue:

The details of these examples and how the authors apply their three stage process of analysis is clearly set out in the article.

The examples all demonstrate that, when trying to turn round an underperforming business, the strategic changes need to come first and then the changes in culture need to be developed to ensure it is possible to implement the strategy effectively.

The suggestion seems to be that there are many people who believe that creating a ‘good’ culture will then almost inevitably lead to business success.  But what is a ‘good’ culture and how will that lead to an organisation developing a strategy that can create a competitive advantage?

Other examples of business cases, which we are closely familiar with, where culture has followed strategy include: 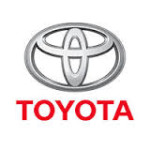 Toyota Possibly the most often quoted example by writers and speakers on management.  Toyota adopted the approach of total quality management (TQM).  Getting it right first time is cheaper than making mistakes and then rectifying them.  It also reduces total costs.  For many years’ competitors were not able to successfully copy Toyota, not because they didn’t know what they were doing but because they could not create the corporate culture that was required.  However, the strategy of total quality management came first. 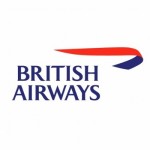 British Airways In 1987 British Airways was privatised by the UK government.  Up until that time the financial results had been poor.  Market research indicated that a significant factor was the poor reputation for customer service, which was critical to achieving higher passenger numbers than competitors.  Clearly BA had a huge problem.  The Chief Executive Colin Marshall decided to improve this and this was a major strategic initiative.  He instigated a pioneering programme called “Putting People First,” in which every employee was invited to spend a day learning the airline’s approach – and meeting the man responsible. One of his key messages was on service recovery: “The customer doesn’t expect everything will go right all of the time – the big test is what you do when things go wrong”.  This single minded focus transformed the reputation of the airline.  This was a massive initiative.  Marshall himself spoke to groups of staff, face to face, every week which represented a huge commitment for the Chief Executive of a company this size. 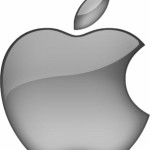 Apple In his biography of Steve Jobs, Walter Isaacson shows how once Jobs had been recruited to return to Apple, he turned the company around.  It was no longer the company that Michael Dell suggested should sell all its assets and return the money that was left to shareholders, but the most valuable company in the world.
He didn’t achieve this by competing ‘head-to-head’ with those businesses which had a competitive advantage in technology, such as Microsoft or Dell.  When asked, shortly after returning to the company what he was going to do he said ‘I’m going to wait for the next big thing’.  And along came the iPod, iTunes, the iPhone and the iPad.  He created a corporate culture of searching for excellence in all that Apple did.  However, some of the behaviours were bizarre.  Throwing a prototype product that has been presented to you by a subordinate into a lake has never, in my experience, been recommended as a good leadership style.  However, the quest for excellence was critical to Apple’s success in producing products which were viewed as highly desirable by their customers.

So we have four examples quoted by the writers of the HBR article and another three offered by us.  In all cases the strategy drove the desired critical changes in corporate culture rather than the other way round.

So what am I missing?  Are there many people who really think that there is an ideal organisational culture independent of a company’s strategy?  Or are the authors of the HBR article arguing against a point of view that very few people hold?

In any event the article is well worth reading.