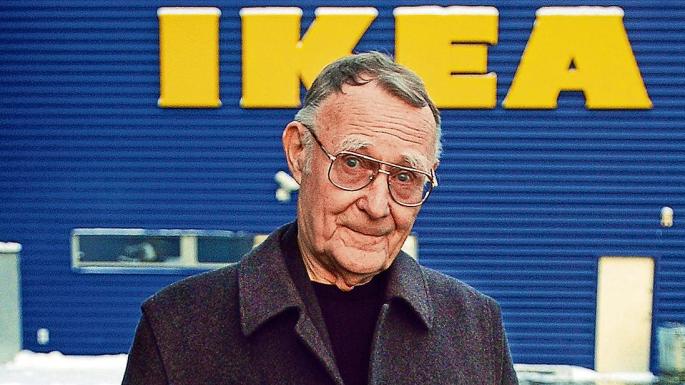 Ingvar Kamprad, the founder of IKEA, has died aged 91.

He was one of the most successful business people of all time. At various times his fortune was estimated between $4billion and $47billion. In 2004 he was reported to be the richest man in the world.

IKEA is quoted in many books and lectures on Strategy. Perhaps the first (and certainly amongst the most rigorous) analysis was Michael Porter’s description in the Harvard Business Review article ‘What is Strategy?’ first published in 1996.

Many businesses manage to create a competitive advantage (as indeed Habitat did with attractively designed flat pack furniture). It is much more difficult to do so in a way that competitors cannot copy. IKEA did that as Porter describes.

Porter believes that one of the keys to strategy is to make trade-offs. IKEA configured its activities to lower costs by having its customers do their own assembly and delivery. As it did this it made itself more attractive to its target market (and less attractive to customers who require a higher level of service). Throughout the period from the opening of its first ‘warehouse store’ in 1958 to today IKEA has focused on driving down costs (and therefore prices) to levels where nobody can compete. They also benefit from two other factors that strongly protect then for the competitive threat:

Having created a competitive advantage Kamprad did not make the mistake that many businesses make ie chasing growth by moving into other (often related) areas of business and making themselves more like the competition.

How did Kamprad resist the temptation? I suppose $47billion dollars is enough.