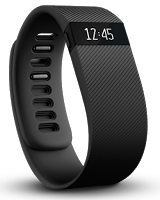 There are two interesting articles in the Business section of The Economist this week dealing, in different ways, with innovation.

The first piece ‘Miss fit’ discusses the development of wearable technology, which has been the subject of a lot of interest, most recently due to the flotation of the company Fitbit on the New York Stock Exchange, valuing the business in the region of $4billion.

Fitbit helped popularise the desire to use a wearable device to quantify exercise and other activities through being able to upload information and review it online.

It seems to us that wearable devices are a good example of what Constantinos Markides of London Business School calls Radical Innovation.  In the book Fast Second, published in 2004 and co-authored by Paul Geroski, he defines Radical Innovation as innovation that both destroys the competitive position of existing players and significantly enhances the benefits to consumers.  The authors argue that where Radical Innovation occurs a large number of players enter the new market until a ‘dominant design’ emerges, when most of them go out of business.  A good example is the development of the motor car where there were over 500 companies in the market before Ford established the dominant design with the model T.  At that point most companies who had been developing and producing cars went out of business.

Apple and Samsung have launched smart watches that compete with all the functions of Fitbit devices but combine these with more sophisticated applications.  Could the same fate of most car companies in the early years of the motor car come about for Fitbit if the dominant design for wearable devices proves to be the smart watches of the type developed by Apple?  If so the valuation of the company seems very optimistic and could be the beginning of another dotcom bubble.

The biggest threat of smart watches seems to be to the manufacturers of conventional watches.  Why wear a device that merely tells the time when you can have one that does that along with a host of other functions.

I was amused to see that the article appears in The Economist alongside a whole page advertisement for a Swiss watch retailing for in excess of $30,000.  The strongest brands of luxury analogue watches have seen off, to some extent, the challenge from more accurate quartz watches.  It will be interesting to see how they fare against the development of smart watches.

The second piece ‘Change is in the air’ explores the possible move of most mobile telephone calls away from network providers to Wi-Fi service providers.
This has already happened with Skype and conventional telephone networks, with Skype taking a large chunk of their most profitable business.  Certainly when travelling abroad I always try to make international calls using Skype, which is considerably cheaper. The article suggests that the way the market may develop is with further mergers between firms that have conventional mobile networks and strong Wi-Fi capability, such as the combined EE and BT.

Both articles pose interesting questions and we shall have to wait to see what develops.