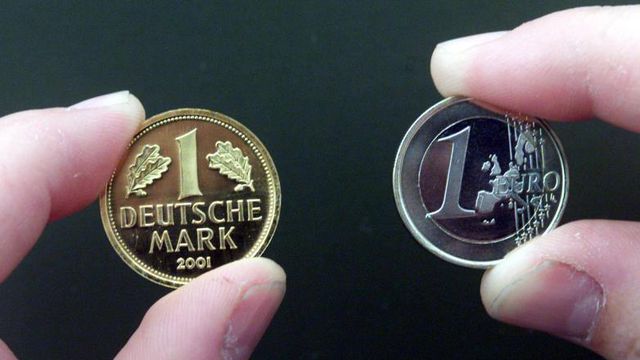 As well as being the Managing Director of Capital Economics, an independent macroeconomic research consultancy, he is a weekly columnist for the Daily Telegraph.

An article published on Monday picks up on the comments of one of Donald Trump’s advisors, that Germany is using a ‘grossly undervalued’ euro to ‘exploit’ the United States.  While pointing out that this was never Germany’s intention Bootle says that the underlying economic argument is correct.  Germany has a trade surplus (the excess of exports over imports) with the US of 0.5% of US National Income (a huge amount).  Those who regularly read Bootle’s articles, or even occasionally dip into them, cannot have escaped the fact that he regards the euro as an economic disaster.

In order for the euro to be a success either the member states have to move to full fiscal and political union (unlikely, to say the least).  If that doesn’t happen ‘the euro will stagger on until one country or another leaves.’  He argues that this should be Germany but that this is unlikely to happen.  The argument for this is that if Germany leaves the euro the ‘new mark’ will rise in value and the euro fall to a level more appropriate to the economic position of the remaining members.  This will cause less damage than if a weaker member leaves and defaults on its liabilities.

Bootle argues that the euro has driven its member countries apart and may now contribute to a breakdown of relations between the US and the EU.

I realise that I have probably been reading too many books on Economics recently.  Over the Christmas holiday period I read ‘The Man Who Knew’ by Sebastian Mallaby a biography of Alan Greenspan which runs to nearly 700 pages.  I’m now half way through Mervyn King’s book ‘The end of Alchemy’.  This is brilliant; anyone who can use the exploits of the footballer Maradona as metaphor for how central banks operate must be a genius.

Relating the thoughts of Mervyn King to those of Roger Bootle the former Governor of the Bank of England says ‘The tragedy of monetary union in Europe is not that it might collapse but that, given the degree of political commitment among the leaders of Europe, it might continue, bringing economic stagnation to the largest currency bloc in the world and holding back recovery of the wider world economy.  It is at the heart of the disequilibrium in the world today.’