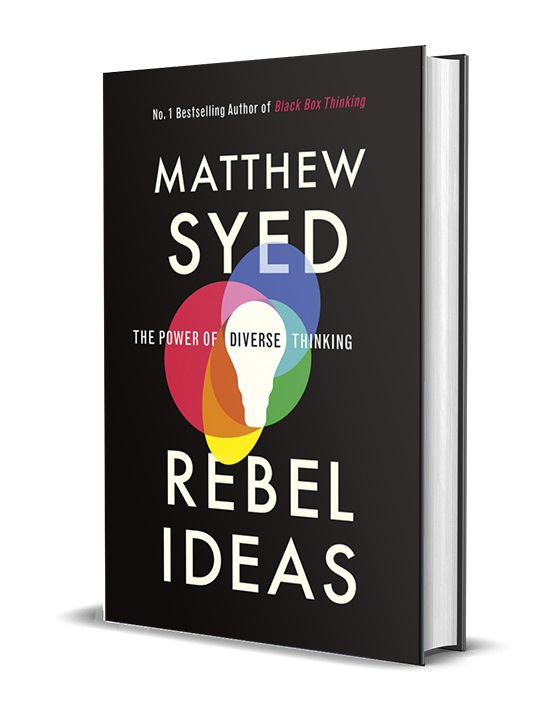 This recently published book, subtitled ‘The Power of Diverse Thinking’, has many lessons for organisations, including many of the companies that we work with at MTP.

It is a book about diversity; about the power of bringing together people who think differently from one another.

In the first chapter Syed explores why the CIA did not stop the terrorist attack on New York of 9/11.  Many warning signs were missed.  He suggests that a lack of diversity in the thinking of those who worked there may have been a significant reason for this.  Most of the recruits to the CIA look very similar:  White, male, Anglo Saxon, Protestant Americans.  There was a reluctance to recruit ethnic minorities, and a belief that a broader intake might undermine excellence.  There was no recognition that diversity might be a benefit in itself.

In the second chapter he discusses the Poll Tax, introduced by the British Government in the late 1980s, which proved to be a huge policy error.  He identifies a lack of social diversity in the political elite as a significant factor.  The environment secretaries, who led the department that was responsible for the policy in Margaret Thatcher’s government, all went to independent schools and either Oxford or Cambridge universities.  ‘They were not clones in a genetic sense but in a demographic sense’.

Syed argues that ‘When smart people from a singular background are placed in a decision-making group, they are liable to become collectively blind’.  A group with a more diverse background might either avoid missing dangers that exist or implementing flawed policies.

He strongly believes that ‘we need to work with people who think differently not just accurately.’

However, having people who have differing views is going to be of little value if their views are not listened to.  Often seniority means that the views of more junior members of a team are not given enough attention.

Syed uses the 1996 Everest disaster, when eight members of the team lost their lives, as an example.  He argues that it wasn’t due to the actions of any one individual but the way they communicated, and refers to research by Eric Anicich published in 2014 of over 5,100 Himalayan expeditions.  Anicich concluded that ‘teams with more dominant hierarchies’ are ‘significantly more likely to die’.  Syed argues throughout the book that the same conclusion can be drawn from corporate life.

He quotes many further examples of diverse groups but one I found particularly amusing.  Bletchley Park is the name of the estate where a team was assembled to try to crack the ‘Enigma’ code used by Nazi Germany.  You might expect the team assembled there to include world class mathematicians and indeed Alan Turing, fellow of Kings College Cambridge, widely regarded as one of the greatest mathematicians of the 20th century was there.  However, those recruiting for the team recognised the need for diversity and also included a young female codebreaker who said of herself ‘I am the world’s expert on dirty German four letter words.’  The first three letters of these were often used by German signals operators for the message setting on their machines.

We need to be careful and reflect on what diversity really is and how diverse groups can lead to diverse thinking.  For diversity to work, different perspectives and judgements must be expressed.  But what is diversity?

In the book ‘Why should anyone work here?’ by Rob Goffee and Gareth Jones, a sequel to ‘Why should anyone be led by you?’, they describe a large packaged goods company whose leaders are ‘superficially different’ in that they were drawn from all over the globe.  They are all urbane, sophisticated, multilingual, diplomatic and mildly humorous.  ‘In other words, they are exactly like each other, and that has caused problems for the organization.’

Syed’s has his own example.  He refers to two economists:  One white, gay male and middle aged the other black, young, female and heterosexual.  If they went to the same university, studied under the same professor and left with similar models they would be ‘clone-like’ in addressing a problem in economics.

There is much more of interest in the book.  I enjoyed reading it and strongly recommend it to anyone thinking about how to manage a team or organisation more effectively.