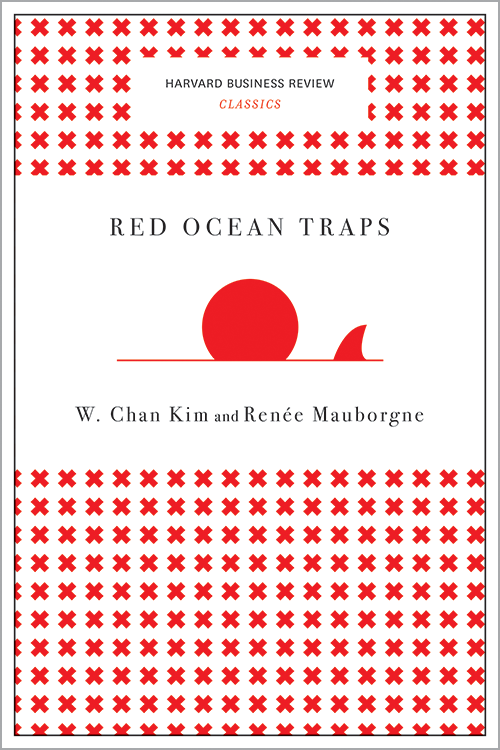 The Harvard Business Review (HBR) for March 2015 has a focus on Strategy.  Two articles are highlighted on the cover, one on Strategy Execution and one on Blue Ocean Strategies.  Here I will offer a few thoughts on the Blue Ocean article by W. Chan Kim and Renee Mauborgne.

They are the authors of the, now widely known book, Blue Ocean Strategy published in 2005.  They have now released an updated version of the book and this article, to include the results of their work over the ten years since its initial publication.

I was a little wary when I saw this piece.  I was always less than fully convinced of the value of the original Blue Ocean Concept as many businesses who have used this approach have failed to avoid its one major potential flaw.  More of that later.  However, I am pleased to report that the new material builds on the earlier work and has made it significantly stronger.

The original idea of the authors was that cutthroat competition results in nothing but a bloody Red Ocean of rivals fighting over a shrinking profit pool. The authors argue that lasting success comes not from battling competitors but from creating Blue Oceans – untapped new market spaces ripe for growth.

Whilst this view has much going for it I felt that the original book was light on actual examples.  Cirque du Soleil seemed to be cited in every chapter, or even more frequently, as an example of a business finding a Blue Ocean.   Some examples such as the Chrysler minivan or Yellow Tail wine seem to be little more than the usual incremental innovation that takes place in many mature markets.

Based on their work with managers since writing the first book, the authors identify assumptions and theories held by managers which prevent them being effective in identifying Blue Oceans.  They call these Mental Maps.  The Red Ocean traps of the title are these assumptions that stop managers developing their businesses to create value.

Some of the examples of success or failure for each of the Red Ocean Traps are set put in the table below. 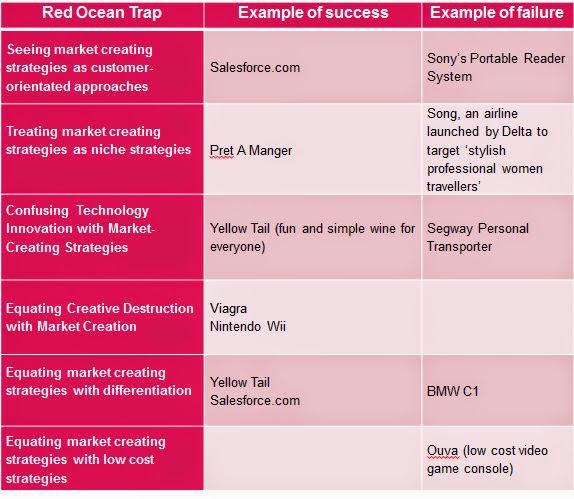 Now back to the flaw, mentioned earlier. In my view, the original work did not give nearly enough attention to how, having identified a ‘Blue Ocean’, a business can create a sustainable competitive advantage. There is little benefit in being like Chrysler with the minivan if, once you have launched your idea, you are immediately copied by a whole number of rival businesses, who can offer products that are as good, or even better, than yours.

However, we can use Apple as an example of the need to create a sustainable advantage once a Blue Ocean had been identified. In the original work the Apple personal computer is used as an example of a Blue Ocean Strategy and clearly it was.  However, Apple found themselves overtaken by the IBM compatible personal computer using Microsoft software.  Apple launched the Apple II in 1978 and followed it with the Macintosh but their competitive advantage had been seriously eroded in less than ten years.

The development of the iPhone and iPad are quoted as examples of Blue Ocean Strategies in the new work.  Neither product existed in 2005 when the initial work was published.  The iPhone was launched in 2007 and the iPad in 2010.  The stock market valuation of Apple seems to indicate that investors are confident that the competitive advantage will, this time, prove sustainable and easily meet the 10 year hurdle.

This work is a significant development of the thinking in this area and I would recommend unreservedly reading the article to anyone with an interest in business strategy. Those of us who teach the subject should study the revised version of the book.

Read the article in full here